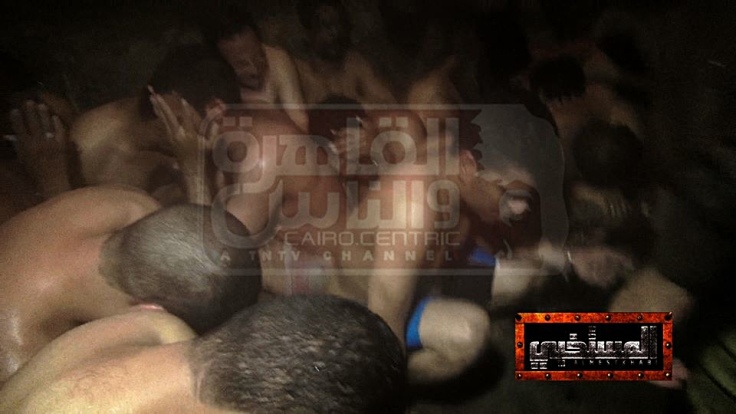 Photo taken and publicized by Egyptian journalist Mona Iraqi, showing arrested victims of the 2014 Cairo bathhouse raid over which she presided

On June 16, I gave a Human Rights Lecture as part of the program of Toronto Pride, on the 2014 bathhouse raid in Cairo and the ongoing crackdown on suspected trans and gay people in Egypt. Several people asked for the text, and I’m publishing it here. I owe much gratitude to Nayrouz Abu Hatoum, who introduced the lecture and placed it in a regional context. Many thanks are also due to Mathieu Chantelois of Pride Toronto; the hardworking staff of both Pride Toronto and The 519; and Brenda Cossman, Director of the Bonham Centre for Sexual Diversity Studies at the University of Toronto, who together sponsored and organized the talk. I am also very much indebted to John Greyson and Stephen Andrews, artists and activists, who helped make the whole thing possible.

One thought on “Cairo, and our comprador gay movements: A talk”